Spring reading a Delight for the Eyes and the Soul 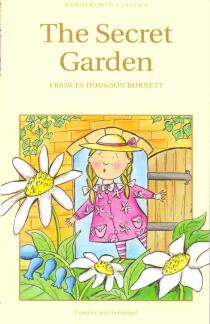 Frances Hodgson BURNETT: The secret garden – One of the best-loved stories of all time of a British-American novelist from the beginning of the 20th century. Selfish and spoilt Mary Lennox was sent to her uncle in Yorkshire. She hated it until she finds the way into the secret garden and meets a local boy, talented Dickon, and comes across her sickly cousin Colin.

Muriel BARBERY: The elegance of the hedgehog – Fascinating novel of contemporary French author. The book follows hilarious, tragic and heartbreaking events in the upscale Parisian apartment building where concierge Renée Michel deliberately hides her intelligence until she meets an unstable but intellectually precocius girl Paloma Josse.

Frances HARDINGE: The lie tree – Set in the male-dominated Victorian scientific society novel tells the story about Faith, who is trying to find out the truth about her father’s death under mysterious circumstances after the family moved to the fictional island. She discovers a strange tree that feeds off whispered lies and bears fruit that reveals hidden secrets.

Karen Joy FOWLER: We are completely beside ourselves – Rosemary is at college when she realises that she must find out what happened when, aged five, she was sent to her grandparents, how vanished her inseparable sister Fran, and why she never sees her beloved older brother Lowell. Witty and smart look at domestic relationship.

Fay WELDON: Letters to Alice on first reading Jane Austen – In this epistolary novel (inspired by a series of instructive letters written by Austen to a novel-writing niece) author responds to Alice’s complaint that Jane Austen is boring and irrelevant. She gives Alice some passionate and ironic answers and makes her think not only about books and literature but also about life and culture.