From 15th till 17th October, 2016 a delegation of five students from the XV. Gimnazija participated in the Webster Model United Nations conference organised by Webster University in Vienna. The delegation consisted of Robert Banfić, Sara Dožai, Aidarbek Sultanov, Helena Volarević and YuHang Xiao. The main theme of the conference was:  “Reform and Reconstruction: The Path Towards Prosperity and Security”. The students from the delegation of the XV. Gimnazija dealt with highly complex topics such as the United Kingdom exiting the European Union, establishing of a system of migrant quotas, rethinking the status of civil rights within the member-states of the European Union, understanding the relevance and status of the North Atlantic Treaty Organisation, the conflict in Syria, the role of the United States in the 21st century and many other relevant modern issues.

The main concept of the WebMUN 2016 conference that has been the same since the first WebMUN in 2014, is the concept of the interconnectivity of topics and committees. Such a concept enabled a more dynamic debate, and required all of the participants to be prepared for a substantial and complex discussion about all issues. Most of the conference participants were college students, yet the students of the XV. Gymnasium had no trouble in actively debating with other, far more experienced delegates. This is best highlighted by the achievement of Robert Banfić, who won the Best Delegate of the Conference Award for his authentic and magnificent representation of the Republic of Turkey in the Disarmament and International Security Committee. 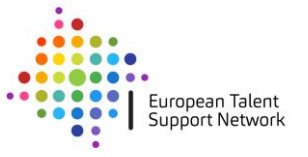