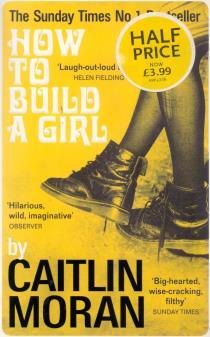 Michael CRICHTON: Pirate Latitudes – In 1665. a remote english colony on island of Jamaica holds out against the supremacy of the Spanish empire. In this steamy climate captain Hunter aspires to take the gold from Spaniards. Exciting adventure with relentless action and heart-pounding suspense.

Lois LOWRY: The giver – Jonas lives peaceful life in the community until he meets a man called the Giver who is a container of all memories of feeling and colour. Jonas starts to discover dark secrets beneath the surface of his perfect world… Adventure story that goes beyond everything.

Maya ANGELOU: I know why the caged bird sings – first of seven autobiographical volumes  about life of black woman from early 1930s. In this book she beautifully evokes her childhood in American South where she learns the power of the white men and suffer terrible trauma.

Neil GAIMAN: American gods – Shadow is a man with the past who just wants to live a quiet life with his wife. But when she’s killed on the flight home for the funeral he meets a strange man, Mr. Wendesday, who warns him that a big storm is coming that will change everything.

Caitlin MORAN: How to build a girl – Johanna decidesto erase her old self and build a new girl, Dolly Wilde who will be everything she ever wanted to be, and more. Hillarious, breathtaking, imaginative and moving coming-of-age tale, a guide to what your worst mistakes can teach you.

Alexander MCCALL SMITH: Morality for beautiful girls – Mma Ramotswe, first female detective in Botswana on top of her domestic complications with her fiance and his adopted children faces several challenging cases. Funny and engaging story that gives you the inmense pleasure of reading.