FAR BUT NOT APART – NOVELS FROM DIFFERENT COUNTRIES 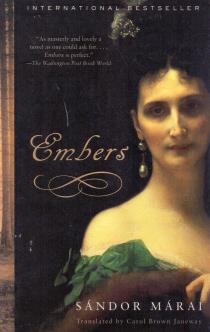 OZ, Amos: Panther in the basement –12-years old Proffi, indoctrinated by his patriotic father, dreams of dying heroically in battle, fighting for the creation of a Jewish state. But when he befriends with a kindly British soldier everything changes. Accused of treason for the friendship, Proffi must learn the true nature of loyalty and betrayal. Eminent Israeli author displays his mastery of human nature in this tapestry of character and political intrigue.

KAWABATA, Yasunari: The master of go – Japanese Nobel Prize Winner wrote a thrilling novel about Master of Go and his opponent Otake following their game Go that represents an essential expression of the Japanese spirit. The match between a revered Master and a younger and modern challenger takes place during several months, and beneath the game’s decorum lie tensions that consume the players and their families and that turn this contest into a duel that can end only in one man’s death.

KADARE, Ismail: Spring flowers, spring frost – As spring arrives in the Albanian mountain town some strange things are emerging. Bank robbers strike the National Bank, and the ultra-explosive secrets of the state archives are threatening to flood the entire nation. Mark, an artist, struggles with painting portrets and finds his life turned upside down by ancient love and modern barbarism. Great novel of one of the greatest Albanian authors.

PAMUK, Orhan:  Beyaz Kale  (White castle) – In 17th century Istanbul young Italian scholar is taken prisoner by the Ottoman empire and becomes the slave of a scholar known as Hoja. They are about the same age, and share a strong physical resemblance. The slave is told to instruct Hoja in Western science and technology, but Hoja wonders why he and his slave are the persons they are and what if they could exchange identities…

MARAI, Sandor: Embers – In a secluded woodland castle an old general prepares to recieve a man who was once his closest friend but whom he has not seen in forty-one years. Over the next few hours they will fight a duel of words and silences, accusations and evasions, exhuming the memory of their friendship and of the general’s beautiful, long-dead wife. Hungarian writer conjures the mournful glamour of the decaying Austro-Hungarian Empire.